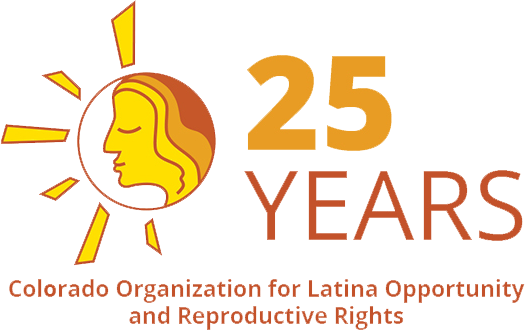 PRESS STATEMENT: THE REPRODUCTIVE HEALTH EQUITY ACT HAS BEEN INTRODUCED. COLORADANS’ FUTURE OF ABORTION ACCESS MUST BE PROTECTED

THE REPRODUCTIVE HEALTH EQUITY ACT HAS BEEN INTRODUCED. COLORADANS’ FUTURE OF ABORTION ACCESS MUST BE PROTECTED.

The Reproductive Health Equity Act will ensure every individual has the fundamental right to choose or refuse contraception; every individual who becomes pregnant has a fundamental right to choose to continue a pregnancy and give birth or to have an abortion; and a fertilized egg, embryo, or fetus does not have independent rights under the laws of Colorado.

“The time to act is now, and waiting is not an option,” said Dusti Gurule, President of the Colorado Organization for Latina Opportunity and Reproductive Rights (COLOR). “Barriers to abortion access always fall heaviest on those with the least access to health care already – communities of color, low-income people, young people, people with disabilities, the LGBTQ community, rural Coloradans. RHEA would address that equity gap.”

And according to Cobalt President Karen Middleton, “This may be the last year we have the protections of Roe v. Wade. We simply cannot count on the federal courts to protect our Constitutional right to abortion in Colorado. And Roe has always been a floor, not a ceiling. We must ensure that abortion is not only legal but also accessible for anyone who wants it, without stigma, cost barriers, or political interference. “

Just last week, two more abortion bans and a repeat of last year’s invasion of privacy failed in the Colorado House of Representatives Health and Insurance Committee after a hearing that started on Wednesday, February 23rd and went into the early morning of the next day. Abortion rights supporters, including patients, providers, and advocates, testified in opposition to the bills and reminded all there that our fundamental right to abortion access must be protected – now and always.

While Colorado had successfully defeated over 44 attempts to ban or restrict abortion at the General Assembly since 2010 and 4 attempts at the ballot box since 2008, there is nothing explicitly protective of abortion access in Colorado law. Until now, Coloradans have relied on the Constitutional protection of Roe and the federal courts. This protection might not exist much longer, which is why we need to pass RHEA now. The Supreme Court is poised to overturn Roe this spring with their ruling in Dobbs v. Jackson Women’s Health Organization, a case challenging Mississippi’s unconstitutional abortion ban.

“Over 50 organizations across the state and the country believe in the work of RHEA, and we know our community does too. We look forward to ensuring that Colorado continues to be a safe-haven for abortion are for all of those who need it.” –  Dusti Gurule.